There are many, many sights and “must-see” spots on a trip to South Africa, but probably topping the list (especially for anyone with any awareness of the long and hard ongoing struggle in this strong and resilient country) would be SOWETO. 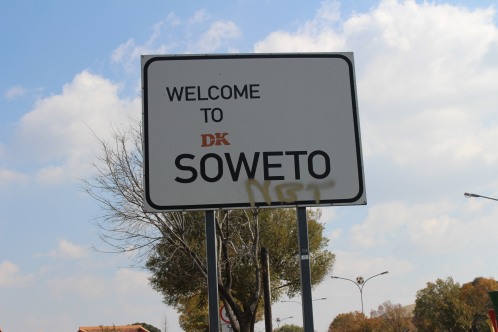 Soweto is a neighborhood in the Gauteng province of Johannesburg, South Africa that is most well known for being the site of a political uprising among students that occurred around the mid 1970s.  There were violent clashes between the students and police, during which hundreds of people were killed.

The township has a long history dating back to the 1800s, and its residents have included Nelson Mandela and Bishop Desmond Tutu.

The township is very poor, and many of its residents live in what are known as shanty towns that are poorly equipped with services, if there are even any at all. 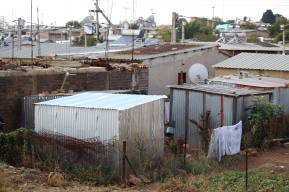 I saw a news story on television during my stay in Johannesburg that described promising efforts being made on the part of some local politicians and groups to create better housing and improved living conditions in these communities.

Like any vibrant locale full of people coming and going, there was much to see.  The only thing I might not have expected, however, were goat sightings. And yet…

After driving through these neighborhoods, I went on to tour the Nelson Mandela House, where the Nobel Peace Prize winner resided for about sixteen years.  After that was lunch on Vilakazi Street in Soweto on the busy outdoor terrace at Sakhumzi Restaurant. 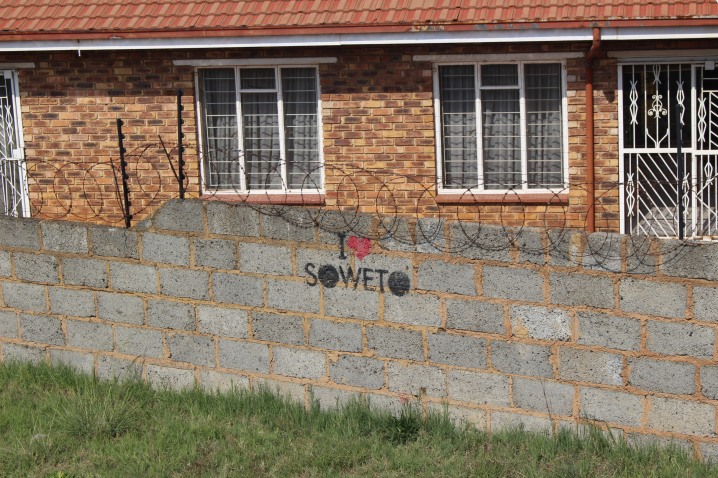 That afternoon in Soweto was a moving experience that was edifying and inspiring, and left a deep and strong impression.

"For my part, I travel not to go anywhere, but to go.”
View all posts by Traveler →
This entry was posted in Mandela, May 2016, South Africa, Soweto. Bookmark the permalink.