A year and two months ago, I had the opportunity to spend a night alone at The Stanley Hotel in Estes Park, Colorado.  Among other things, this hotel is known for being the inspiration for the hotel with a sinister history in Stephen King’s novel The Shining. 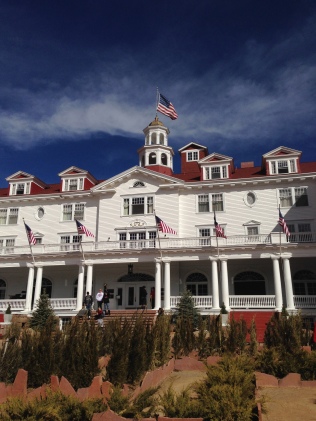 Just prior to driving up to Estes Park, I had been in Denver visiting a (now former) friend and took fu

ll advantage of the opportunity to escape one frightening experience (the details of which I will leave to the reader’s imagination) and go in search of another.

The drive up from Denver to Estes Park cuts right through the astounding Rocky Mountains.  There’s the scenic route, and then there’s the wildly mind-blowingly scenic route.  I took the former on the way to the Stanley, and the latter on the way back.

Both were adventures.  Because cellular access was spotty throughout the Rockies, I couldn’t rely too heavily on my GPS to get me to my destination.  There are enough signs, though, so you can do it easily the old fashioned way, and once you get near enough, you can see the huge structure from a far distance, which is a pretty cool experience on approach.

And, well, I’m going to cut a corner here and let my August 2016 Yelp review fill in the rest of this story:

“The Stanley Hotel SAVED what had turned out to be a pretty awful trip to Colorado for me.  Not to mention that it completely lived up to the spooky fear factor I was hoping for by visiting the hotel that inspired Stephen King’s The Shining (and I can VERY EASILY see why).

Yeah, I was scared out of my wits for the one night I was there. My stay took place in early March 2016.  I was traveling alone.  I went on the night time “Scary Mary” tour of the hotel.  I had dinner and drinks at the whiskey bar (they appropriately have a drink called Redrum Punch).  The whole thing, for whatever reason, just felt perfectly and beautifully spooky.  I’d love to go for any October special-ness they have.

They do encourage a little ghost-hunting while you’re there — just to keep up the hype — but thank God I didn’t see one (as far as I could tell), because if I had, I wouldn’t be writing this review right now due to death by heart attack from utter fright.

The hotel service was great, very attentive and professional.  The hotel itself was very grand and beautiful, though at the time I was there, there was some construction going on that limited access to certain areas on the grounds.  They are also in the process of planting trees for what will ultimately grow into a replication of the famous MAZE that is featured in the movie version of The Shining. 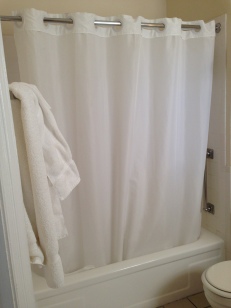 The room was much bigger than I expected — huge walk-in closet, mirrors, a TV that has an “all-The-Shining-all-the-time” channel that loops the movie over and over.  They have SK to thank for at least a portion of their success, though without the book and movie, it seems to me that the hotel could stand on its own as a beautiful destination amid stunning scenery.  The pop culture appeal just adds a unique dimension.  Seriously, it’s pretty scary. I woke up during the night once or twice and was afraid to open my eyes.  I was also afraid to take a shower or look behind the shower curtain.  If you’ve seen the movie, you’ll know what I mean.

They accomplished their goal, and I got my money’s worth (which, actually, was much more reasonable than I expected).

The drive to and from The Stanley Hotel was pretty spectacular (took the standard route through the Rocky Mountains on the way FROM Boulder & downtown Denver, and took the more scenic route on the way back).  The scenic route has spotty cell service, so if you’re relying on a GPS, you’re out of luck, but my advice would be to just turn the damn thing off and follow the road, take in the glorious and magnificent natural sights, and just be in the moment for a few hours.

I look forward to the next visit.  Honestly, it’s the only reason I’d need to return to Colorado, and certainly the best, Rocky Mountains notwithstanding.”  8-17-2016 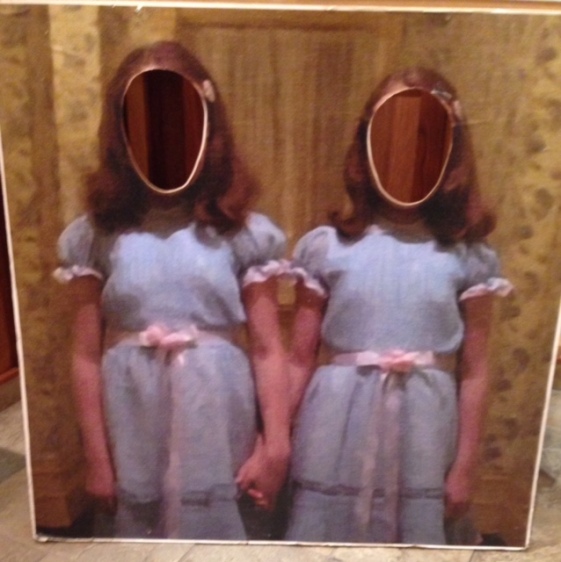 And you can stick your face into the cut-out holes of the scary little girl twins from The Shining. 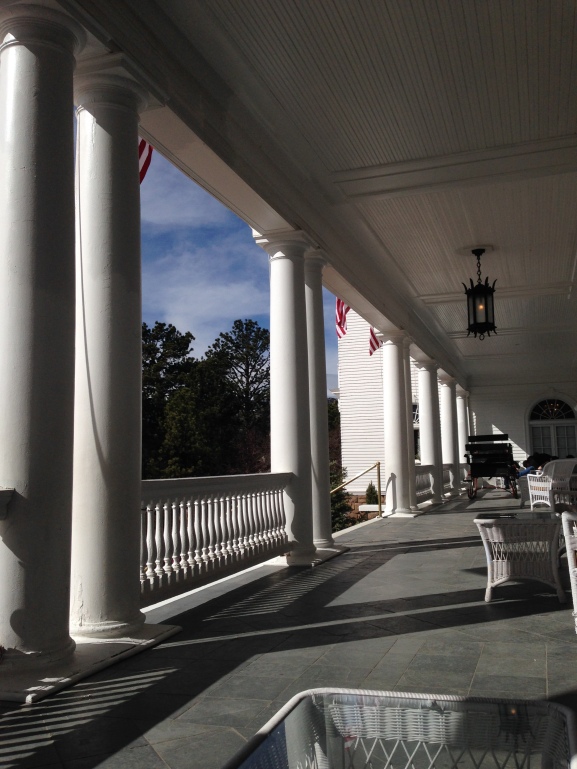 Sitting on the veranda of this grand, noble, historic hotel, it’s difficult to imagine

anything more troubling happening in this hotel outside of being woken up by housekeeping at an ungodly hour, but apparently, it does.

Because, apparently, this hotel actually is haunted.

… though I am not in a hurry to find that out anytime soon.

"For my part, I travel not to go anywhere, but to go.”
View all posts by Traveler →
This entry was posted in Colorado, Road trip, Rockies, Stanley. Bookmark the permalink.